IIG Class Of 2019 and The Insurance Apprentice

The IIG Class of 2019 Charity Presentation day was hosted at Santam office in collaboration with Oakhurst Insurance and The Insurance Apprentice. All we can say is…WOW, what a day!!!

The 28th of March 2019 is a day that every single “Class Of” delegate was looking forward to. This was the second time that both tribes, Invictus and Tabula Rasa, had interacted since the official launch of the programme. The Insurance Apprentice was in the building to film their “We Really Care” episode! It is well known that they bring pressure, cameras, lights and action. The day began with an introduction and briefing by the judging panel for the day which comprised of; CEO of Oakhurst Insurance, Simon Phage; Marketing Manager of Sasria, Andiswa Madolo; Executive for People & Brand at Old Mutual Insure, Dr Liziwe Masogo as well as our very own IIG President, Carla Jordan.

The separation between Invictus and Tabula Rasa was notably visible, however, the random selection of the teams quickly removed the divide. We were split up into six teams all of which had to select an envelope which revealed the charity they would be working on for the day. Each team had two and a half hours to prepare a presentation for the judges. The content needed to detail why their specific charity should be selected as the charity that the entire Class Of 2019 would raise funds for throughout the year. To raise the stakes, one of students was going to be announced as The Insurance Apprentice 2020 Golden Ticket winner which fast tracks them into the top 30 of the auditions.

The following charities were represented in the respective groups:

Bezaleel is a foster home situated in Springs that has adopted and fostered 11 children whom are fed, sheltered, educated and cared for by Sue Wells and her husband. Their kindness welcomes each child as their own and has nurtured them into the wonderful children they are today.

P.L.A.Y is an acronym for, Participating in the Lives of Africa’s Youth. Footprints P.L.A.Y. is a family who provides an environment for children of different ages and cultures. It is a home where children experience love, care and security of family life, whilst at the same time being educated and taught various life skills; it is a family which instils hope and allows children to pursue a successful future.

Ikholwa Children’s Home was formed to give hope and improve the lives of vulnerable babies and children by partnering with Government efforts and interested members of society. They achieve this by offering unconditional love, restoring dignity, in an atmosphere of family and total acceptance to all children who come into their care.

Originally starting out as a preschool focusing on the basics of education, Kwasa School has now evolved into a Primary school. It teaches up to Grade 3, with 130 students and has high hopes of further extension.

The Potters Haven started in 2003 with 12 children as a place of safety for abused children. The registration of the NPO on the 26th of July 2012 has changed the home from a Place of Safety to a Foster Home for Children. Taking care of children for 14 years.

Their mission is to provide an educational programme to learners in the basic educational system. Placing great focus on their unique scholastic and personal needs, they aim to aid their academic, mental and personal development.

It was only once the cameras started rolling that there was a realisation of how big this event truly was. The Oakhurst media team filmed the presentations and conducted impromptu interviews throughout the day. All the delegates were pushed out of their comfort zone but managed to overcome the anxiety and pumping adrenaline with the day turning out to be an amazing experience.
This special episode is going to be released at the beginning of May – make sure you watch it to find out who the winning charity is as well as the lucky winner of the Golden Ticket.

The Class Of 2019 we would like to thank all involved in making this day a success. The experience will never be forgotten.

Fundraising projects will be running throughout the year and The Class of 2019 is looking forward to partnering with the industry and industry associates to bring about real and lasting change. 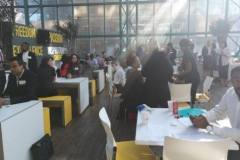 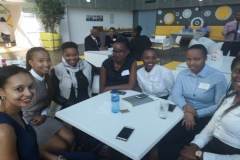 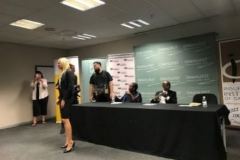 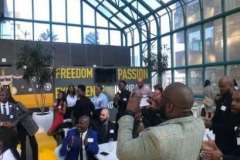 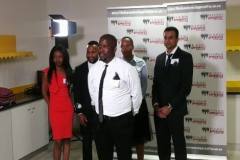 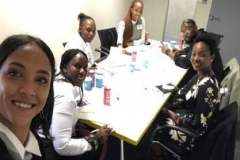 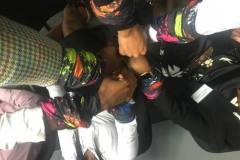 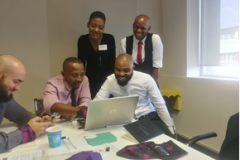 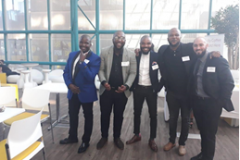 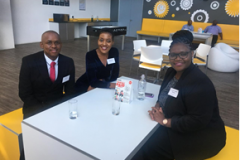 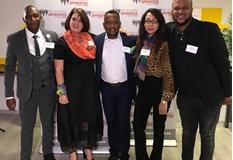 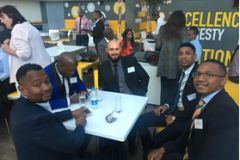 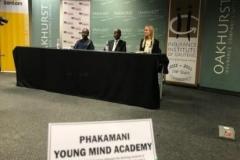